The Weird & the Wonderful 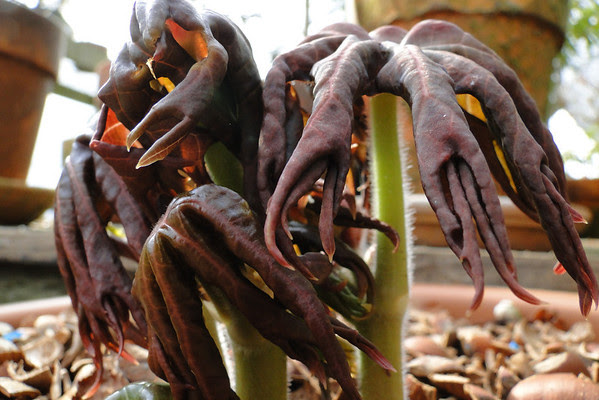 Two of my favorite plants are emerging from the depths this week. Above is my favorite of all the Mayapples, Podophyllum delavayi. The first time I saw one of these I wondered if it was even real! In a couple of weeks it's wonderful leaves will have unfolded. Below is Syneilesis palmata 'Kikko'. Syneilesis palmata in it's own right is a really great plant but the variegated cultivar 'Kikko' is something else! 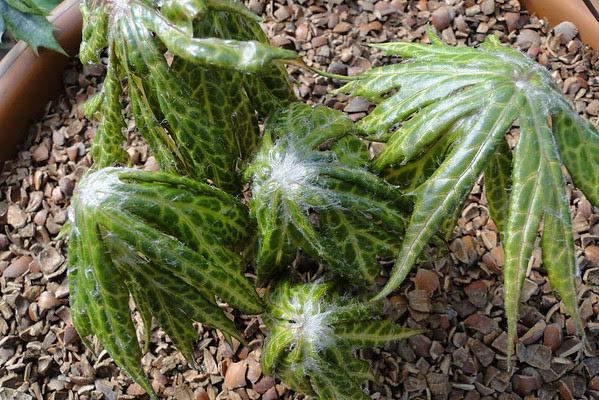 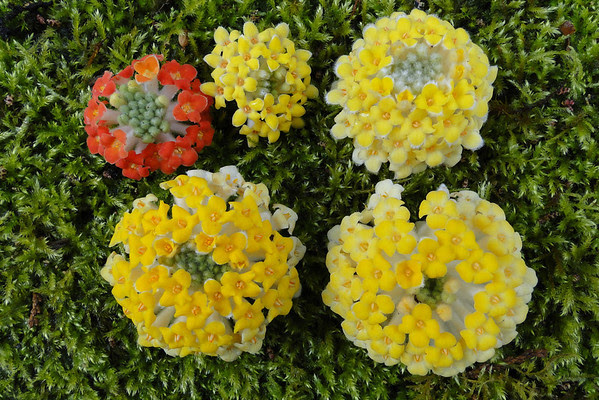 There are several red clones of Edgeworthia in the trade, the two most common being 'Akabana' & 'Red Dragon' We have owned them both but can't say if they are different from each other or not! Edgeworthia chrysantha 'Akabana' is more commonly labelled as 'Akebono' but apparently this is an incorrect name.

Several years ago I proudly showed off our red flowering Edgeworthia to a visiting friend from Japan. He wasn't overly impressed saying "the red ones die easily". This turned out to be the case while we have never lost a yellow flowering cultivar we have had to replace the red several times!
Posted by Unknown at 5:32 PM No comments:

Edgeworthia, we have quite a few of these "Garden Aristocrats" growing in the garden but sadly we have never figured out how to propagate them in large enough numbers to offer them for sale. Some years the Spring flowers are damaged by Winter cold but this year they are all flowering to their hearts content in the garden.
Posted by Unknown at 5:28 PM No comments: 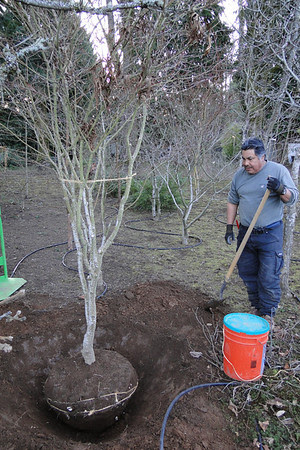 Many thanks to Neil & Tiodosio of Treephoria Nursery who came over Monday evening to dig up our Acer sieboldianum 'Sode no uchi' that had out grown it's space in the garden so that we could move it to a new spot! What would have taken me hours they did in 20 minutes!
Posted by Unknown at 5:17 PM No comments: 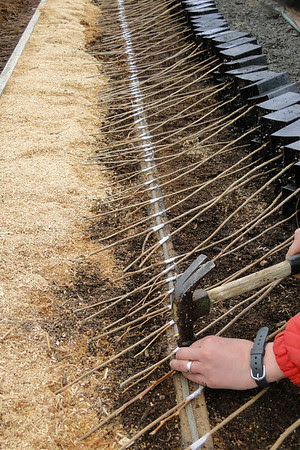 Most of the callus bed grafting we do is with bare root seedlings but we had these potted Styrax to graft! Pots take up a lot more space that we didn't have so we came up with the idea of staking them 2 high! It worked fine but we did have to take the extra step of tacking a few of them in place to keep the graft on the heat cable! 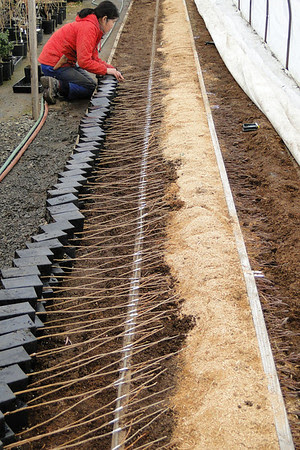 Posted by Unknown at 7:55 PM No comments: