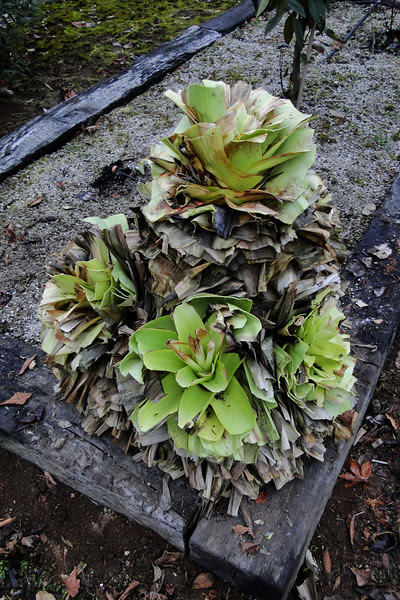 The Arctic Blast of last December followed by the Snow & Ice of February has really tested our Kniphofia northiae to it's limits! It looks pretty ugly at the moment but we are hopeful that it's going to pull through & regain it's former glory!
Posted by Unknown at 8:11 AM No comments: 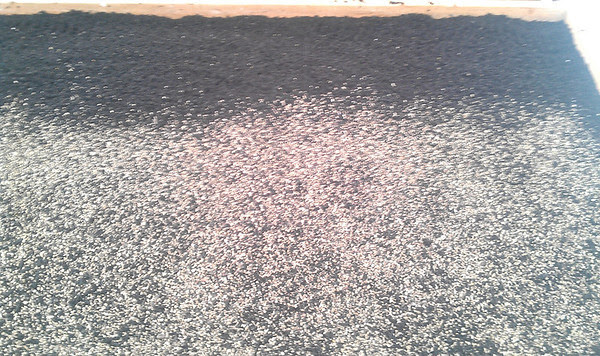 We received 2 large bags of stratified Stewartia pseudocamellia seed today from a local nursery friend yesterday. This was doubly good because it meant I could spend time in the greenhouse sowing seed rather than being outside in the rain cutting & collecting Scion wood :).. 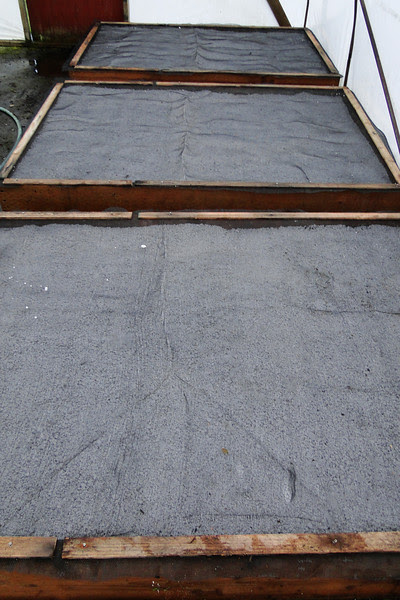 Posted by Unknown at 6:31 AM No comments: 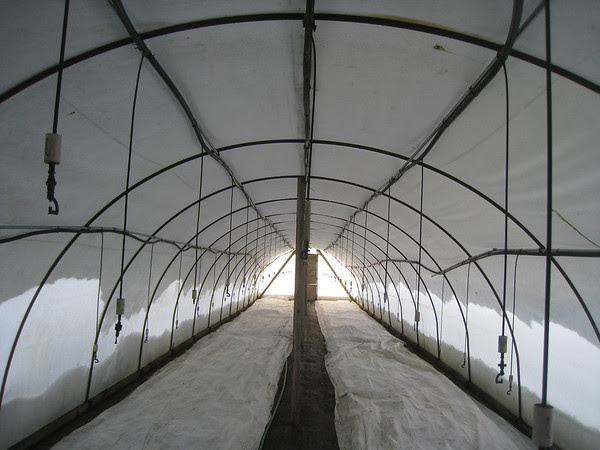 It was a busy 3 days of raking, banging & knocking snow off the Plantmad greenhouses. Just when we thought we were going to get through the winter without a big snow event this year! We still had time time take a few garden & nursery photos though! 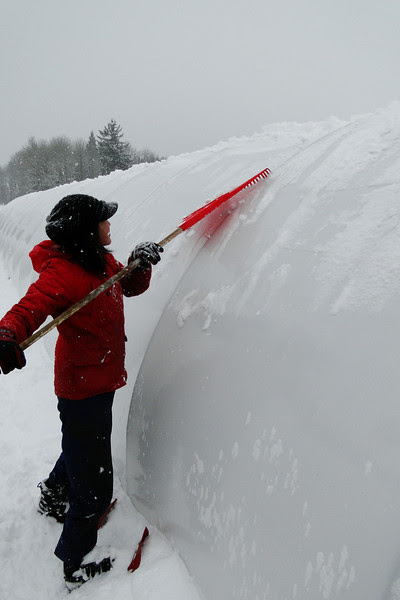 Blue sky, a red Which Hazel & a yellow Winter Sweet!

Photographed on a Blue Sky Day in the Plantmad garden last weekend! 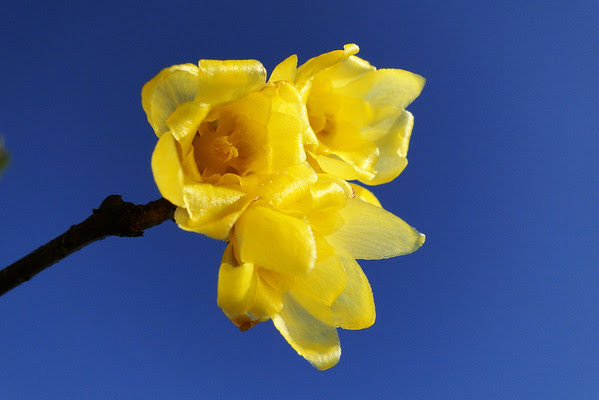 Chimonanthus praecox 'Su Xin La Mei'  was imported from China by a friend of ours a number of years ago. It came with this name but this may not be a valid Cultivar name. I believe the "La Mei" part at least is just the Chinese word for Chimonanthus. It looks very much like the the cultivar 'Luteus'. 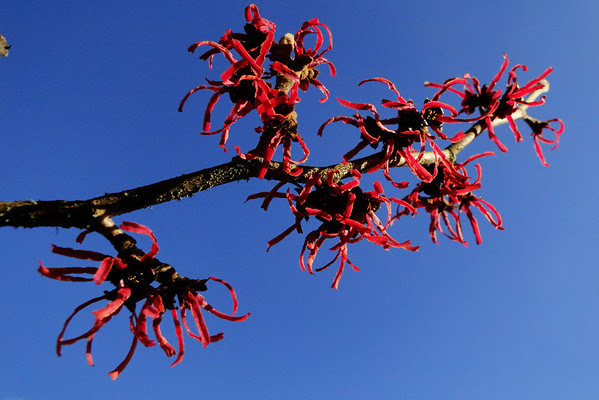 Hamamelis x intermedia 'Ruby Glow' is an old cultivar & it's flowers are not that large but it's deep red color is still something that is hard to beat.
Posted by Unknown at 5:27 PM No comments: